Codespaces run on a variety of VM-based compute options hosted by GitHub.com, which you can configure from 2 core machines up to 32 core machines. You can connect to your codespaces from the browser or locally using Visual Studio Code. 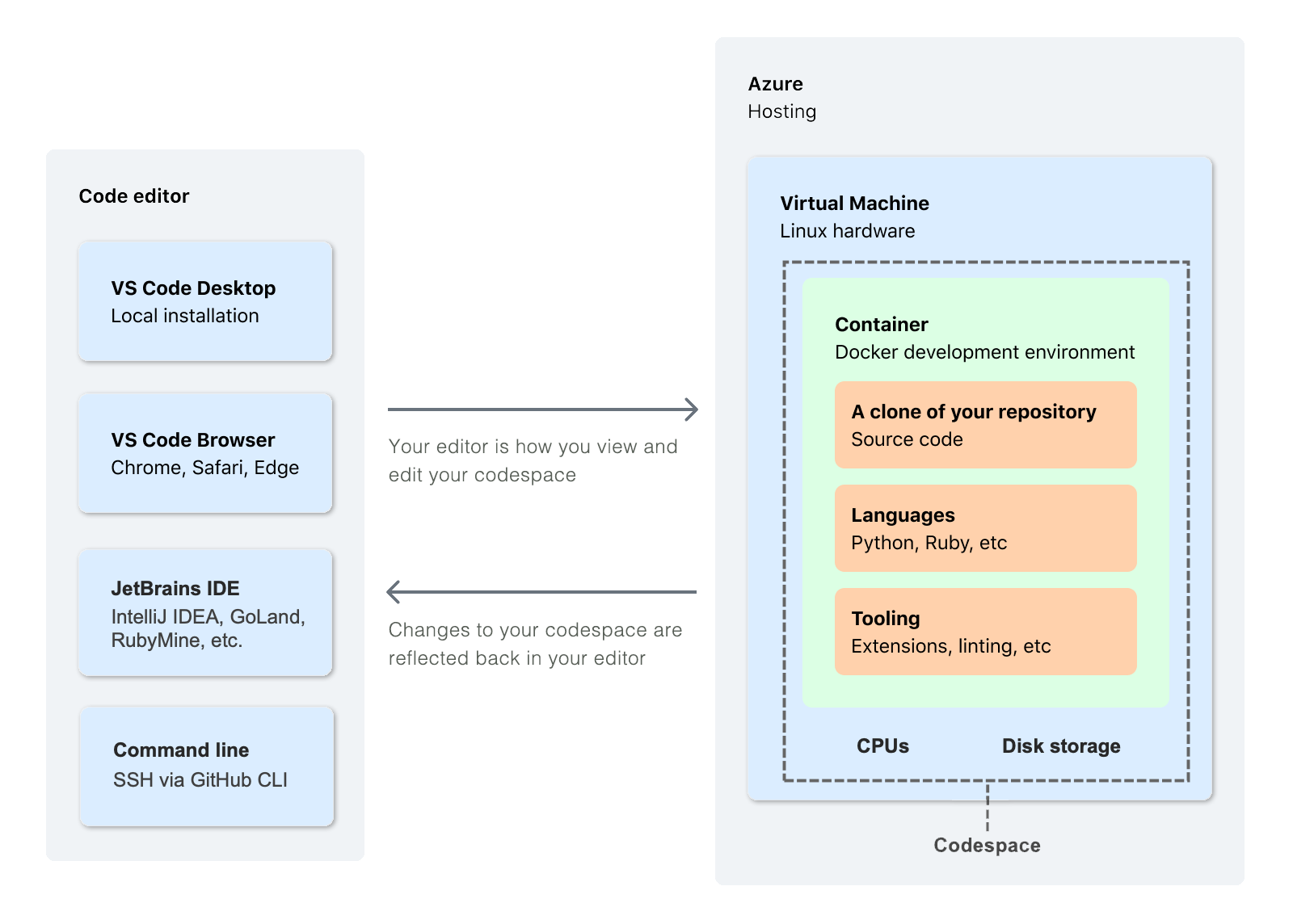 You can create a codespace from any branch or commit in your repository and begin developing using cloud-based compute resources. To get started with Codespaces, see "Quickstart for Codespaces." To learn more about how Codespaces works, see "Deep dive into Codespaces."

If you don't do any custom configuration, Codespaces will clone your repository into an environment with the default codespace image that includes many tools, languages, and runtime environments. For more information, see "Introduction to dev containers".