You can configure pull request merge options on GitHub.com to meet your workflow needs and preferences for managing Git history. For more information, see "Configuring pull request merges." You can enforce one type of merge method, such as commit squashing or rebasing, by only enabling the desired method for your repository.

When you click the default Merge pull request option on a pull request on GitHub.com, all commits from the feature branch are added to the base branch in a merge commit. The pull request is merged using the --no-ff option. 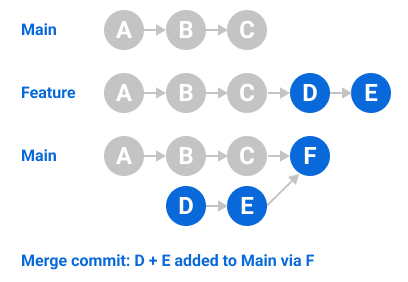 When you select the Squash and merge option on a pull request on GitHub.com, the pull request's commits are squashed into a single commit. Instead of seeing all of a contributor's individual commits from a topic branch, the commits are combined into one commit and merged into the default branch. Pull requests with squashed commits are merged using the fast-forward option. 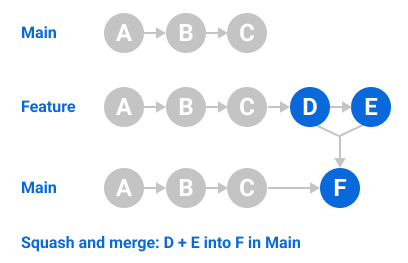 When you select the Rebase and merge option on a pull request on GitHub.com, all commits from the topic branch (or head branch) are added onto the base branch individually without a merge commit. In that way, the rebase and merge behavior resembles a fast-forward merge by maintaining a linear project history. However, rebasing achieves this by re-writing the commit history on the base branch with new commits.