You can discuss specific projects and changes, as well as broader ideas or team goals, using different types of discussions on GitHub Enterprise Cloud.

GitHub Enterprise Cloud provides built-in collaborative communication tools allowing you to interact closely with your community. This quickstart guide will show you how to pick the right tool for your needs.

You can create and participate in issues, pull requests, GitHub Discussions, and team discussions, depending on the type of conversation you'd like to have. 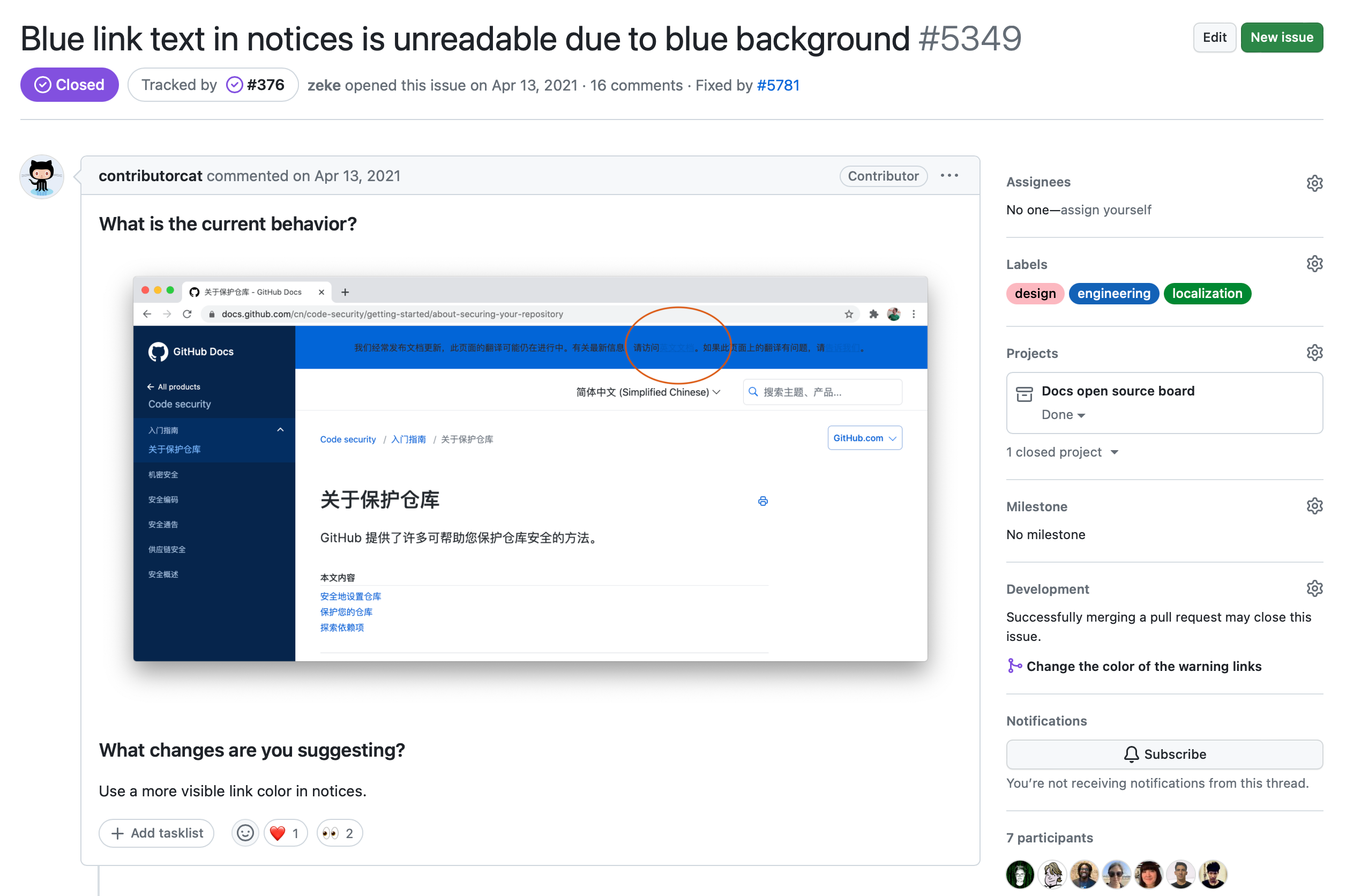 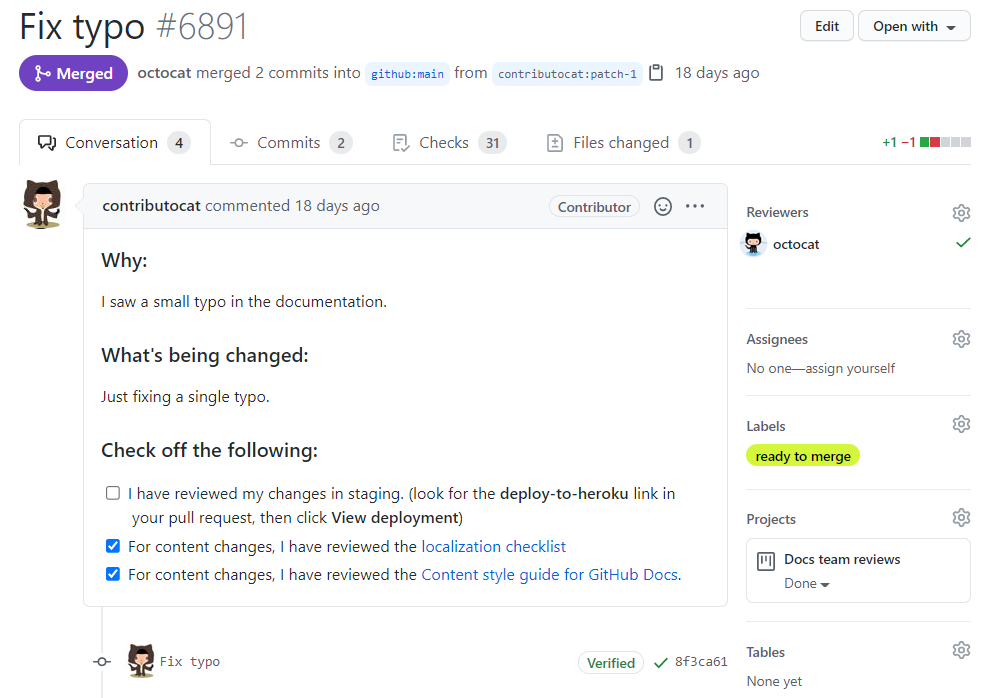 This example shows the GitHub Discussions welcome post for the GitHub Docs open source repository, and illustrates how the team wants to collaborate with their community. 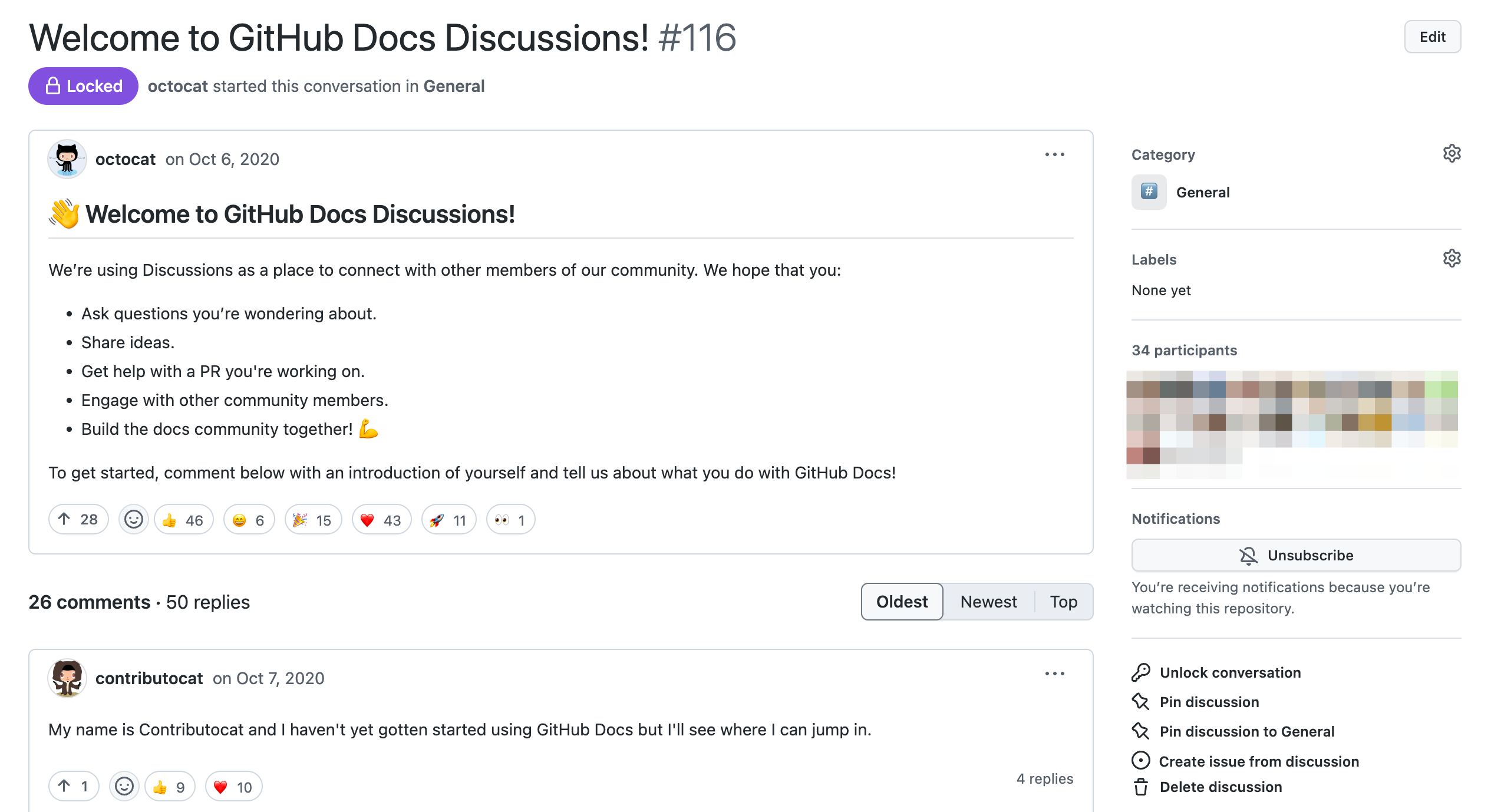 This community maintainer started a discussion to welcome the community, and to ask members to introduce themselves. This post fosters an inviting atmosphere for visitors and contributors. The post also clarifies that the team's happy to help with contributions to the repository. 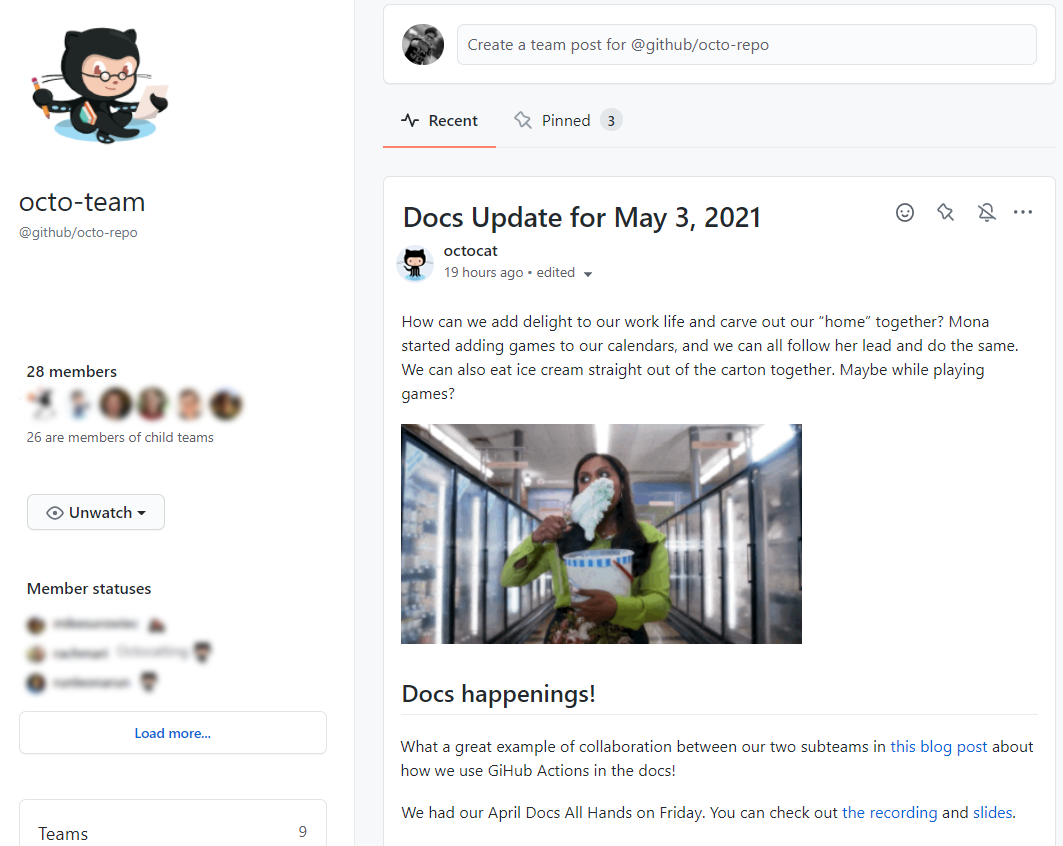 These examples showed you how to decide which is the best tool for your conversations on GitHub Enterprise Cloud. But this is only the beginning; there is so much more you can do to tailor these tools to your needs.

For GitHub Discussions, you can set up a code of conduct and pin discussions that contain important information for your community. For more information, see "About discussions."