If it currently takes more than 2 minutes to create a codespace for a repository, you are likely to benefit from using prebuilds. This is because, with a prebuild, any source code, editor extensions, project dependencies, commands, and configurations have already been downloaded, installed, and applied before you create a codespace.

When prebuilds are available for a particular branch of a repository, a particular dev container configuration file, and for your region, you'll see the " Prebuild ready" label in the list of machine type options when you create a codespace. If a prebuild is still being created, you will see the " Prebuild in progress" label. For more information, see "Creating a codespace for a repository." 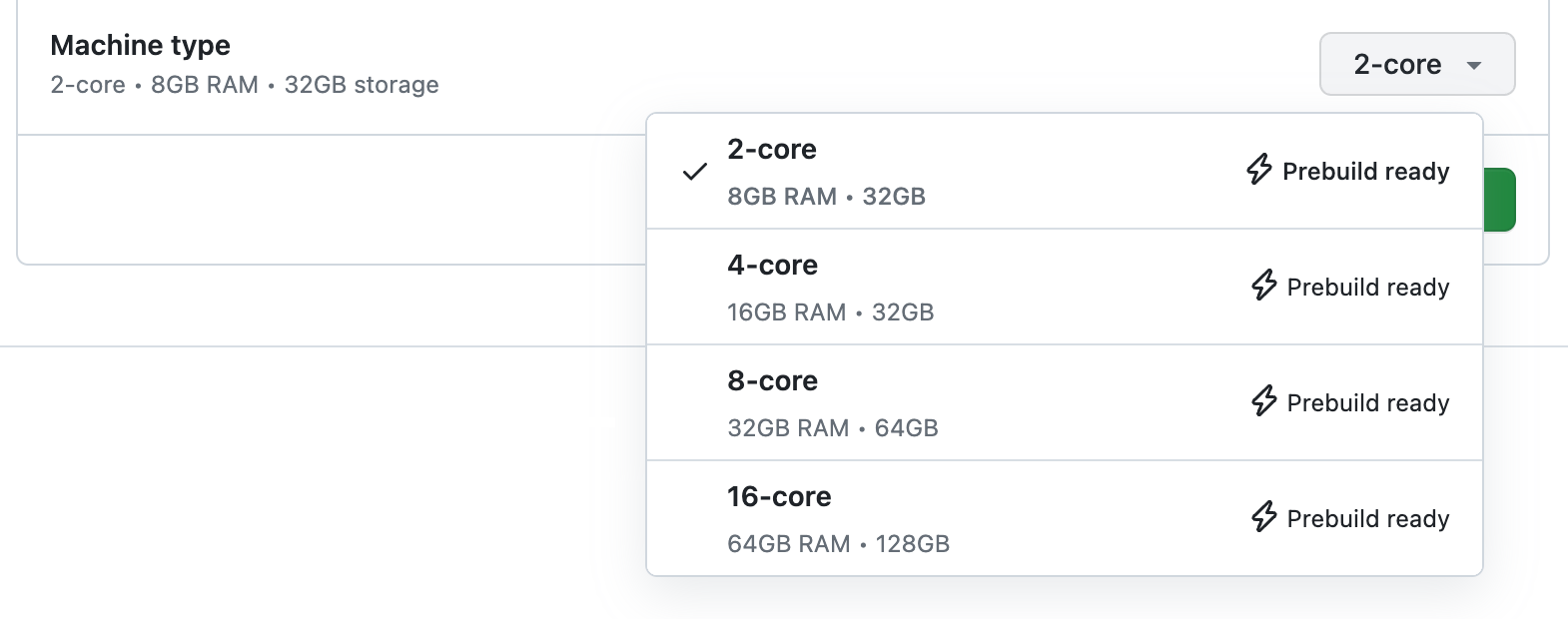 Note: Each prebuild that's created consumes storage space that will either incur a billable charge or, for repositories owned by your personal GitHub account, will use some of your monthly included storage. For more information, see "About billing for GitHub Codespaces."