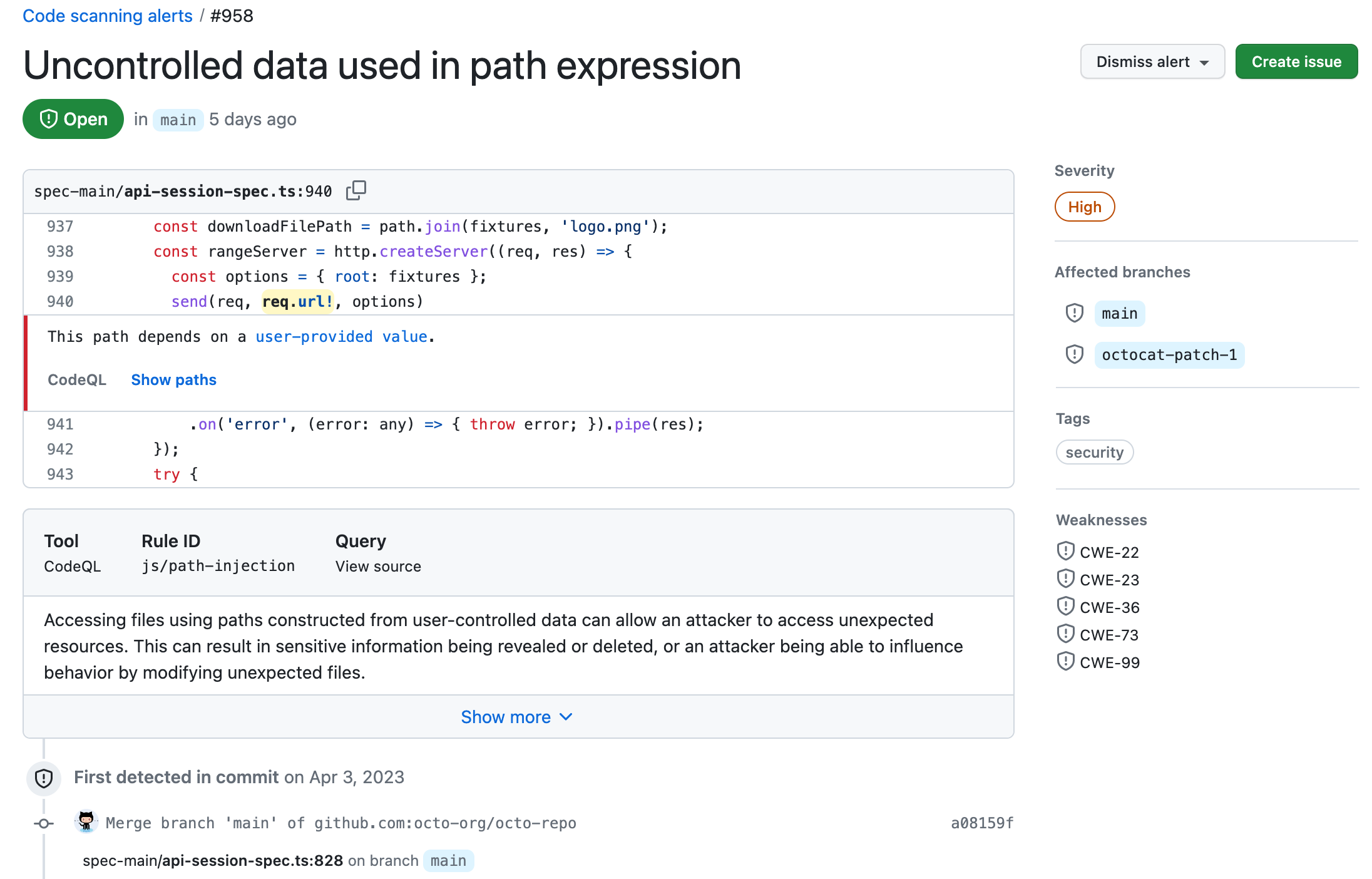 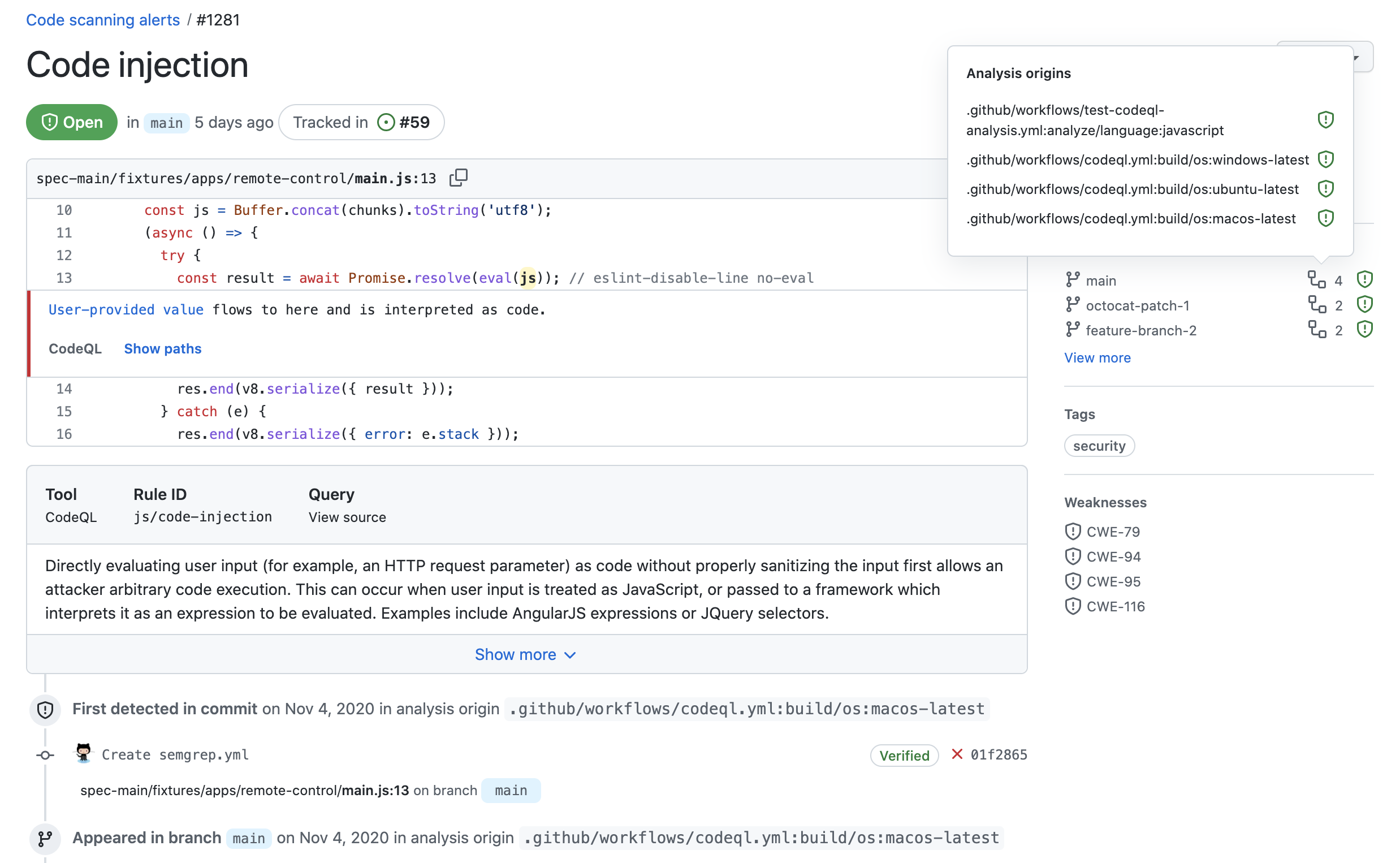 GitHub Enterprise Server assigns a category label to alerts that are not found in application code. The label relates to the location of the alert.