The Deployments API provides your projects hosted on GitHub Enterprise with the capability to launch them on a server that you own. Combined with the Status API, you'll be able to coordinate your deployments the moment your code lands on master. 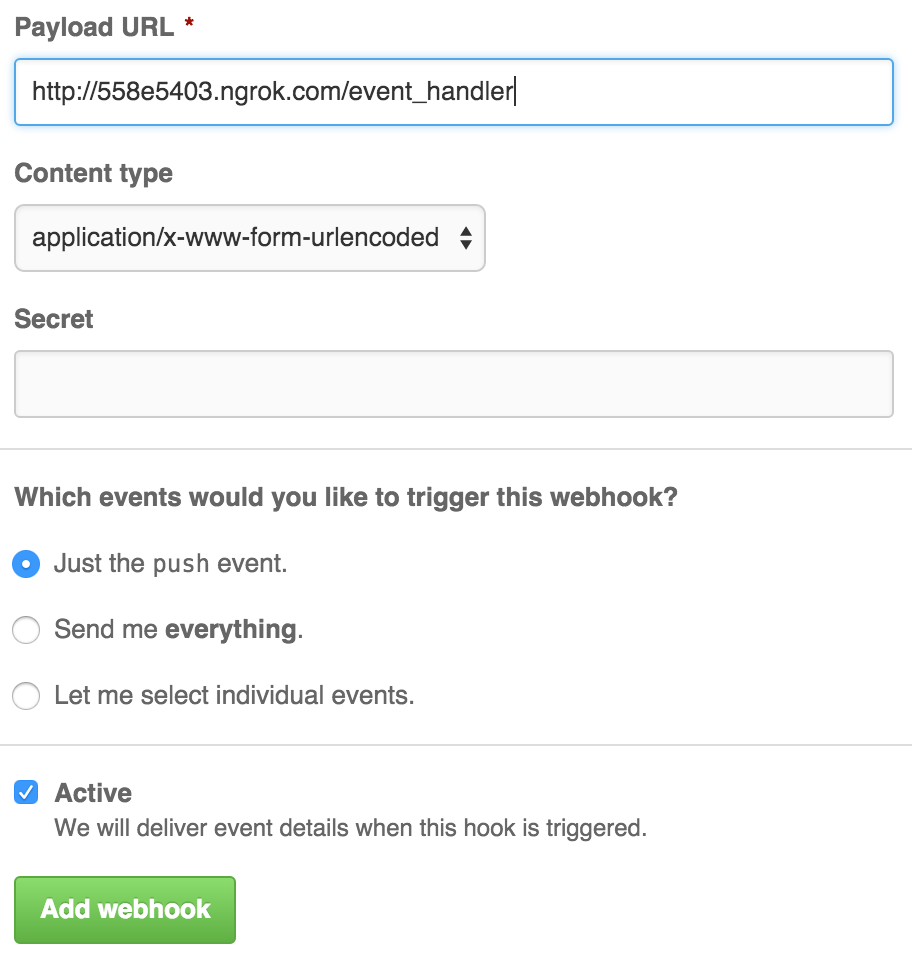 These are the events GitHub Enterprise will send to our server whenever the relevant action occurs. We'll configure our server to just handle when pull requests are merged right now:

What's going on? Every event that GitHub Enterprise sends out attached a X-GitHub-Event HTTP header. We'll only care about the PR events for now. When a pull request is merged (its state is closed, and merged is true), we'll kick off a deployment.