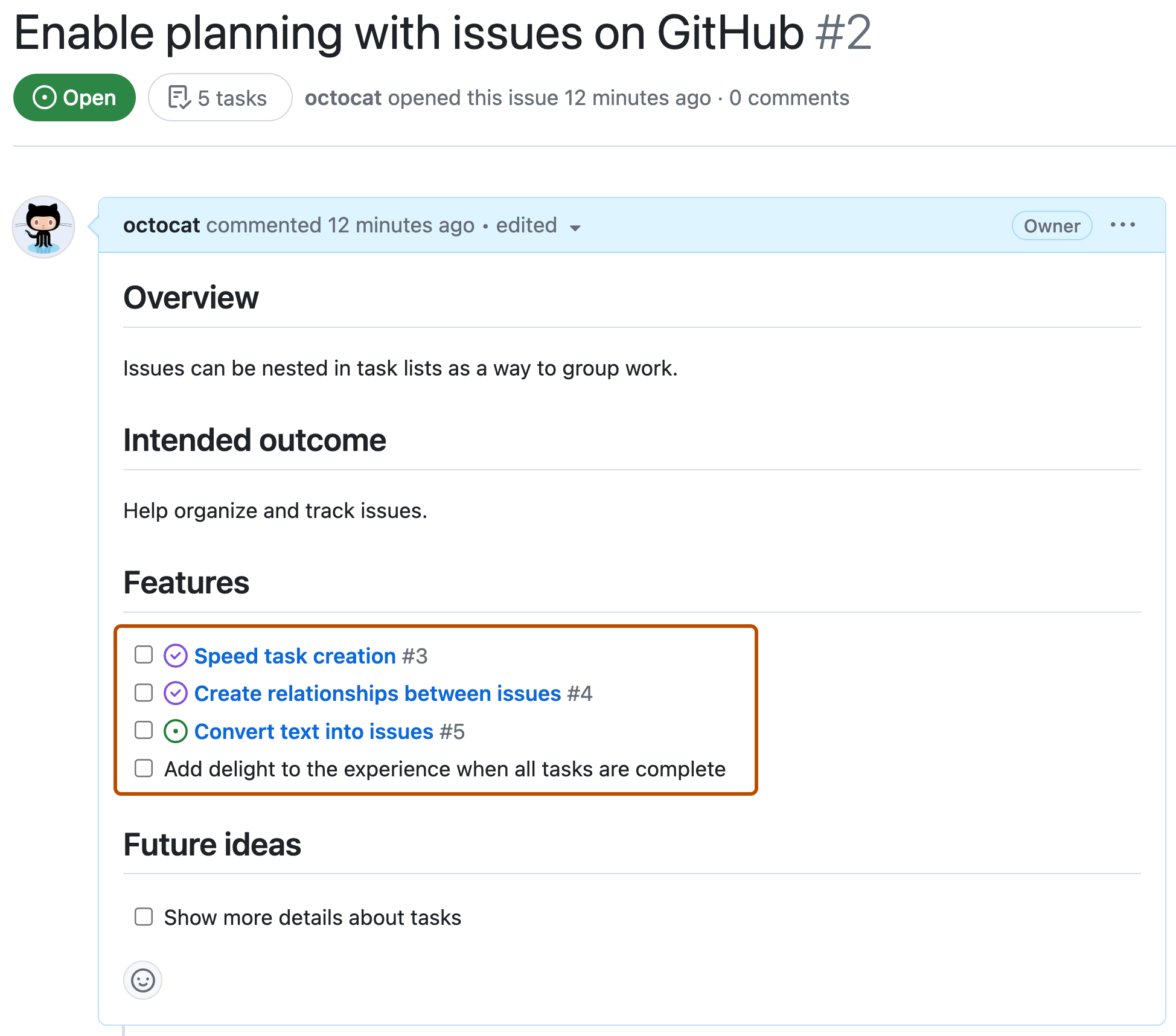 To create a task list, preface list items with a hyphen and space followed by [ ]. To mark a task as complete, use [x].