About private image registries and Codespaces

A registry is a secure space for storing, managing, and fetching private container images. You may use one to store one or more devcontainers. There are many examples of registries, such as GitHub Container Registry, Azure Container Registry, or DockerHub.

GitHub Container Registry can be configured to pull container images seamlessly, without having to provide any authentication credentials to Codespaces. For other image registries, you must create secrets in GitHub to store the access details, which will allow Codespaces to access images stored in that registry.

For more information, see "Working with the Container registry".

If you publish a container image to GitHub Container Registry in the same repository that the codespace is being launched in, you will automatically be able to fetch that image on codespace creation. You won't have to provide any additional credentials, unless the Inherit access from repo option was unselected when the container image was published.

Seamless access from a codespace to GitHub Container Registry is limited to pulling container images. If you want to publish a container image from inside a codespace, you must use a personal access token (PAT) with the write:packages scope.

If you are accessing a container image from a registry that isn't GitHub Container Registry, Codespaces checks for the presence of three secrets, which define the server name, username, and personal access token (PAT) for a container registry. If these secrets are found, Codespaces will make the registry available inside your codespace.

You can store secrets at the user, repository, or organization-level, allowing you to share them securely between different codespaces. When you create a set of secrets for a private image registry, you need to replace the "<*>" in the name with a consistent identifier. For more information, see "Managing encrypted secrets for your codespaces" and "Managing encrypted secrets for your repository and organization for Codespaces." 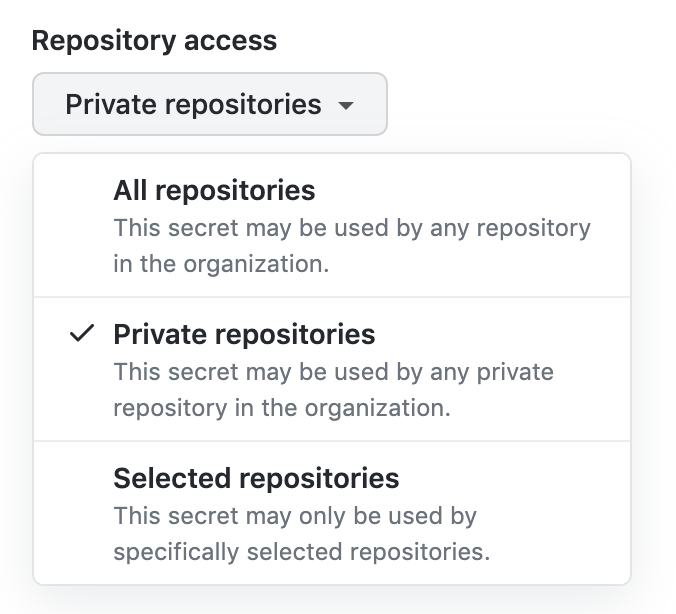